There are a ton of visual novel games out there these days and one that has gotten really popular is The Fruit of Grisaia. This is actually part of a series, but there is no better place than right here than to dip your toe into the franchise.

The series is composed of several installments: The Main Trilogy. The Fruit of Grisaia (Grisaia no Kajitsu): The first entry in the series, Fruit is mainly a romance eroge visual novel which focuses on Yuuji living a normal life and developing a relationship with the girls. Released in Japan on Febuary 25, 2011, and worldwide on May 29, 2015.

The story of The Fruit of Grisaia is actually quite interesting and a take that I personally have not seen all that often. The character that you will play and be in control of is called Yūji Kazami. He has just transferred to a school called, Mihama Academy. What is weird about this place is that it only has five female students.Yūji plays it off like he is just a regular exchange student, but actually, he is a former hitman! This is quite the departure for these types of games and I think it makes him a more interesting character and it certainly makes you want to play the game to see if his past is ever going to catch up to him. 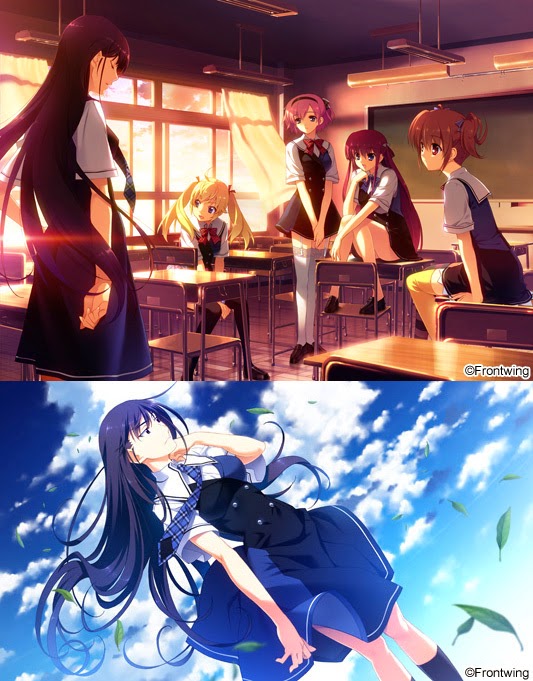 As the Mihama Academy only has five female students for you to interact with. They are actually very well developed. The ladies are, Yumiko, Amane, Michiru, Sachi, and Makina. Each of these ladies has their own stuff going in their lives and in all honesty you can get as involved with them as you would like, it is up to you. I have found in games like this you tend to gravitate to certain characters over others so that means that the way I first experienced the game will most likely be different from the way you do. There are five main endings to the game, one for each girl so there is quite a bit of replay value here in The Fruit of Grisaia.

What About The Gameplay?

As this is a visual novel style of game there is not actually a whole lot to do in terms of gameplay. It is all about the story and the story is actually very well written. There are some sex scenes in the game and of course as the main character has a past as hitman that is not exactly something that you would see in a child’s book. So it goes without saying that the game is very NSFW. The actual gameplay comes in the form of you choosing your dialogue options which are what will drive the story forward in a particular direction. The art that showcases the story is pretty well done and the girls certainly do look nice. While not the most graphic visual novel game the sex scenes still might be a bit much for some people.

In all The Fruit of Grisaia is a pretty interesting visual novel style game. The main character is actually quite interesting and I feel that the back story that they give him does make you want to know more about this guy. Of course, seducing the different girls is really the end game here, but with five different ladies to talk to and with different endings, you do have a fair bit of replay value here.