I feel that with Need For Speed 2015 EA was trying to reboot or at the very least reinvigorate the franchise. To be fair, I feel that there is far more good Need For Speed games than there are bad ones and this one here I think is just teetering on the edge of something that is really special.

The King Of The Road

The main single-player campaign in the game is actually a great deal of fun. You are the new racer on the block and you want to prove your worth. The game has five different “racing disciplines” for you to master to prove this. They are, speed, style, crew, build and outlaw with each one having different things that are required of you. It is a solid game mode and one that I think does not get the love it deserves, perhaps this is because you can plow through it in just a couple of days?

The single-player aspect of this game is way better than the multiplayer mode if you ask me. The multiplayer flat out sucks! The always-online thing just did not click for me as I would much prefer being able to play against who I want and when I want.

Is This The Sega CD?

One of the things that I love about Need For Speed 2015 is the way the story is told. This game uses FMV and it is awesome. The game plays it straight, but you can just tell that these actors were having a great time doing all this stuff. Some of it is downright cringy, but I love it. Not many games use FMV these days so it is cool that this is a series that loves to do just that.

Watch It There Slick!

On the road, this is a fast and furious arcade-style racer, and the most like the Underground series we have ever gotten up to this point. The fictional city of Ventura Bay is massive and has three very distinct locations that you can race on. The way you can glide around corners is really cool and I like the way the game lets you decide if you want more focus on the grip or the drifting.

The presentation is fantastic. The car all look amazing, even if the selection is a little limited compared to a Forza or Gran Turismo game. It sounds like a strange thing to get excited about, but I love the way that the road looks when rain is pounding off it. The only downside to the “presentation” is the sound, I got royally sick of the soundtrack after about an hour!

Check Out, My Ride Man!

Need For Speed 2015 has a great amount of customization for you to play around with. You can have a few different cars in your garage at any one time, but I found that I just stuck with two as I kitted these things out to be freaking supercars! It was a lot of fun to do and many of the cars let you tinker with pretty much every aspect of them.

The only downside here is that some cars (I am looking at you Ferrari) do not let you change much at all. To be fair, I am assuming that this is a licensing thing where a company like Ferrari did not want people messing with their car designs.

I bet when you came into this Need For Speed 2015 review, you thought there was going to be a lot of complaining about the online aspect! Well, while that is not something that I liked about this game. Even though it is very barebones. I do feel that EA really did try with this one and it set the groundwork for what could have been a reboot of the Underground series. It may be a bit on the shallow side, but this is still a fun arcade racer.

Need For Speed Underground is the first game in the NFS Underground series. The game isn’t the latest release, but it still holds up well.

As a Need For Speed game, Underground provides players with a massive array of available vehicles to race. 20 fully customizable vehicles are available to you, including the Nissan Skyline GT-R that's featured on the cover and is the car with the highest stats. You can race on several maps with over 100 unique events that allow racers to progress.

Underground lets players take part in, as the name implies, underground races. Players will drag race through the city with three other racers. The obstacles come as players dodge cars, buildings, and other various factors that can grind a race to a halt.

The soundtrack is often mentioned as the best part of any Need For Speed title. Underground and its sequel provide a massively acclaimed soundtrack.

Despite being a game about street racing, Need For Speed Underground places players on limited race tracks. The game wouldn’t have an open-world element until the sequel. Glitches and bugs are prevalent as well, but not generally game-breaking.

The only other issue is that the Underground series has been abandoned after the sequel.

In the racing game genre, there’s no shortage of competition. Depending on the overall goal you can range anywhere from Grand Theft Auto to other games in the Need For Speed series.

Grand Theft Auto V is one of the highest-selling video games in the world. In GTA V you take the role of one of three main protagonists in story mode, where you street race and take part in organized crime. Similarly, the online mode allows you to play but a much bigger array of races and options including an impromptu race function.

Need For Speed Underground 2 is the biggest draw as the sequel to the best seller. Underground 2 improved on almost everything about the game by adding a free-roam mode where street races can occur at any time. The game also features an online mode, a better soundtrack, and even more customizable vehicles. 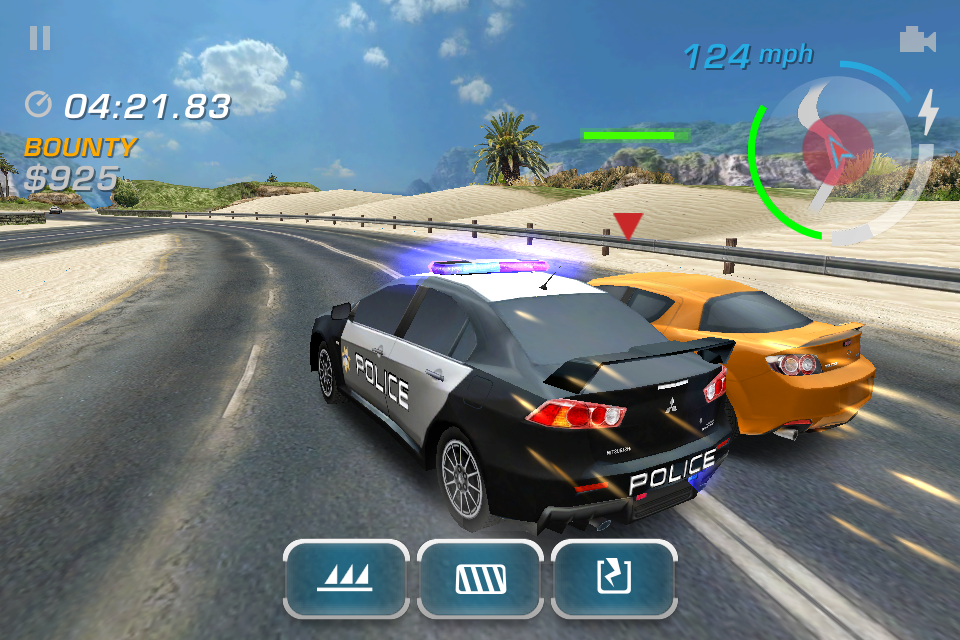 Need For Speed Underground is one of the classic race gaming. The game withstands the test of time, but, like any game, it is not perfect.

Yes, if you want a classic racing experience