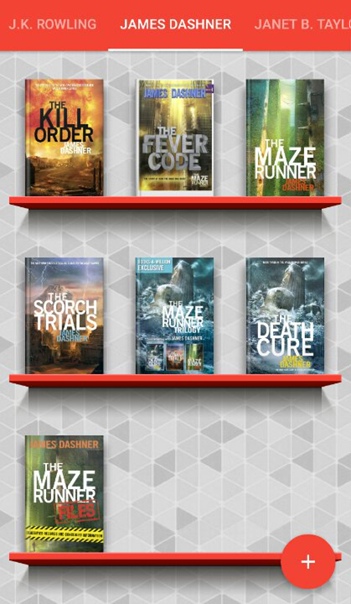 Reviews (see all)
Finally....what i wanted to know.... waiting for it...!! thanks James Dashner for this wonderful Maze Runner series... and Newt is way beyond awesomeness...! Just waiting to hear his part.....!!
Can't wait.its exhausting to know that what we Want to read always comes late.I love newt and want to know more about him and even Minho.......both r damn cute....
I feel like I am going to die from waiting! Although, the question about why it was a maze, was in the first book, kind of hard to remember it, but it was because of the 'creators' keeping watch/track of the progress and development of their minds and how they worked and solved stuff, and what parts of the brain were most active whilst doing so, whilst also being infected with the flare, they explained in the very beginning, that they did the maze, because it was the simplest most common challenge in the world. . . .a maze. . .and they believed, (even thought there was no solution) that it could still be solved, thus the integrity and the never ending work of the runners trying to find a way out. Also helping the 'creators' weed out the weakest. . . . anyways, it's all complicated, but like hell my gosh! I too, have sooo many questions that haven't been answered in neither the make runner series, nor the prequel, the kill order. So I am like. . . REALLY excited for when it is released!!
I NEEEED THIS BOOOK! ITS JUST SCREAMING NEEEEEWWWWTTTT!!!! I CANT WAIT!!!

So excited!!!!!!! Can't believe I have to wait 2 years though!
Other books by Science Fiction